New Jersey prohibits the operation of a motor vehicle while under the influence or with a blood alcohol content (BAC) or .08% or greater. Also, a vehicle owner can get a DWI conviction for permitting an intoxicated person to operate the owner’s vehicle.

Operation of a vehicle. A person can be convicted of DWI for operating or attempting to operate a vehicle under the influence. For a conviction, there must be evidence of intent to drive (actual physical control and overt action) but there doesn’t need to be actual movement of the vehicle.

Per se DWI. A driver can be convicted of DWI without proof of actual intoxication if the driver’s BAC is .08% or more. This is termed a “per se DWI.” Our BAC calculator can give you an estimate of how many drinks it takes to reach a certain BAC.

The statutory limitations for DWI penalties depend on whether the offense is a first, second, or third offense. An offense that occurs more than ten years after a first offense will be penalized as a first offense. And a third offense where none of the priors were within the last ten years will be penalized as a second offense.

IDRC. All DWI convictions require the offender to participate in a drug and alcohol screening and evaluation and complete treatment recommendations through the IDRC. Each day in the IDRC requires the participant to complete at least six hours in treatment and pay a $75 fee ($100 for second or subsequent offenses), but days in the program can count towards up to 90 days of the offender’s jail term.

Passenger under 18 years old. A driver can be charged with a “disorderly persons” offense if he or she was transporting a passenger 17 years old or younger at the time of the DWI. A convicted driver will incur additional community service hours and an extended license revocation.

School zones. A person who drives under the influence within 1,000 feet of a school or through a school crossing will incur additional penalties.

Fees. Aside from treatment costs and fines, a convicted driver must also pay a $100 victim’s fund fee and a $125 drunk driving surcharge, as well as court costs.

Generally, the revocation periods for a test refusal and a conviction will run consecutively (back-to-back), but the judge can permit the suspensions to run concurrently (at the same time) on a first offense.

IIDs. For a DWI conviction or test refusal, the court is authorized to order the installation and use of an ignition interlock device (IID) for six months to one year for a first offense. A second or subsequent offense requires an IID for one to three years. A first offense that involved a test refusal or a BAC of .15% or more requires an IID for six months to one year.

New Jersey drivers who are under the age of 21 are prohibited from having a BAC of .01% or more. Any underage driver with a BAC of .01% to .08% will face 30 to 90 days license revocation, 15 to 30 days community service, and must participate in the IDRC or a similar treatment program.

It takes a skilled and experienced attorney to successfully defend a DWI charge. Our first line of attack for these type of charges is to attack the initial stop. Police officers do not have the authority to pull over a motor vehicle without having probable cause to do so. If we are successful in attacking the lack of probable cause for the initial stop, then all subsequent evidence is suppressed and the charges should be dismissed. Our second line of attack is the officers decision to arrest you. This involves attacking the psycho/physical tests administered roadside such as the “one leg stand” or the “walk and turn” test. If we are successful in attacking the evidence at this level, once again all the evidence is suppressed and the charges should be dismissed. Our third and final line of attack in a DWI charge is the reading obtained showing the clients blood alcohol content (BAC). There are a number of ways to suppress the reading in a DWI charge. The machine used to record that reading has to be properly calibrated and maintained and certain procedures have to be adhered to before the machine can be used to lawfully record your BAC. The Law Offices of Carlos Diaz-Cobo has successfully represented thousands of clients charged with DWI in municipalities in the state of New Jersey.” 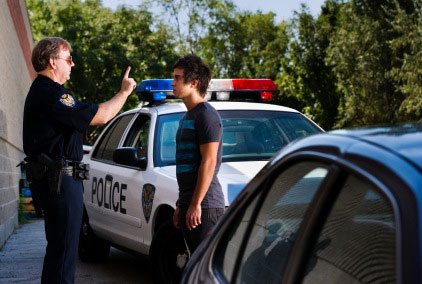